I was born in Malaya to Chinese parents, adopted out at the age of two and raised (rather strictly, I might add,) in Singapore. I attended Haig Girls’ Primary School and played with paper dolls, hula hoops, five stones, hopscotch and skipping ropes made with rubber bands.

I completed my English high school education at Raffles Girls Secondary School with slightly above average results, gaining Distinctions (A’s) in English and English Literature. Pity about the other subjects that I didn’t bother to mention… I sang and did the Twist and Hippy Hippy Shake to songs by Chubby Checker, The Swinging Blue Jeans, The Beatles, The Rolling Stones, Cliff Richard, Elvis Presley, etc. (Ah, those were the days…)

On completion of high school, I did a secretarial course but quit when I landed a position as a librarian in the Civil Service at the State & City Planning Department of the United Nations Development Programme, Singapore.

After a whirlwind romance and courtship, I married an Australian in 1969 but three beautiful children later, I obtained a divorce in 1984.

“A fool never learns…” so they say, as I remarried another Australian the following year! I am still happily married and am now a “with-it” grandma of 7 – six of my own and a step-grandson from my son-in-law, Dennis and a great-grandma of 1. Sharon made me a grandma with the birth of her eldest son, Mike, on Melbourne Cup Day, 5 Nov 1996. This was followed by the birth of her daughter, Juliah, in 1999 and another son, Nate, in 2003.

My son, Derrick (Deej) & his wife, Genevieve, gave me two beautiful girls to love – Skyla born on 2nd Jan. 2011 and  Stella in Dec. 2012. My final grandchild is Phoebe, the much-loved daughter of Selina & her hubby, Dennis, born in 2018. I am now a great-grandma to Lily Rose, Sharon’s grand-daughter.

Favourite flower: I love most flowers and used to grow my very own exotic orchids… 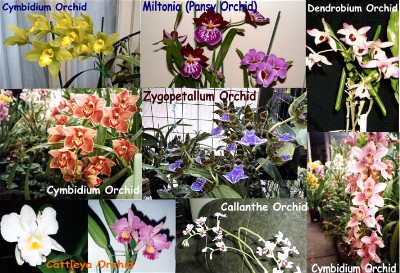 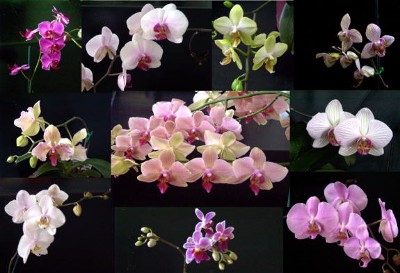 Favourite drink: On a hot day, icy cold Coca-Cola or young coconut juice with heaps of the delicious soft flesh, or I’ll settle for fresh pineapple juice, but not the commercially packaged stuff. I am a really cheap date too, as a ‘Scotch and Dry’ and a Sweet Cider will see me through a night out on the town. Hot beverage? I am rather partial to caffè latte.

Favourite phrase when exasperated: “Shit in your hat!”

Not so favourite activity: HOUSEWORK!

Family Pet: Had a lovely-natured pooch, a Maltese x Shih Tzu we named ‘Mitzu’, until her death in Oct 2002, aged almost 16 years.

My Personal Belief: I believe in Fate and Destiny. Everything happens for a reason!

My Purpose in Life: No specific purpose per se, just like to share my knowledge & make people around me happy.

Come into my kitchen: I have been cooking since the age of 11 and when I moved from Singapore to Australia, I missed the hawker food so much that I began cooking my own. As I like my recipes to be original and accompanied by photographs, amendments and improvements will be done as time permits i.e. when I eventually get around to it!  Welcome to: Oz’s Kitchen

My Photo Albums: Here you will find directories of photos from my various holidays and road-trips, the orchids and roses that I grow, family photos and various others. Oz’s Photos

My Last Achievement: I have re-designed and expanded on the simple original homepage created by my daughter, Nina, and will enthusiastically add more stuff, knowledge and time permitting… After a very long absence, I have been persuaded to update my entries.

My “not so Current” Web Project: In between cooking different dishes as often as I can just so I can take photos for Oz’s Kitchen, much to the delight of my M.O.T.H. (Man Of The House), I am also transferring data from my personal memory bank onto this website, [courtesy of my son, Derrick (Deej)], before dementia sets in… Do pop in for an interesting read of the Memories From My Past as I recall the various stages of my growing pains, from a little girl growing up in Singapore to the great-grandma that I am today, living happily in Melbourne, Australia. I have added a few old photographs to this section.

Through the years: My earlier project involved a lot of scratching around in various drawers and old shoe boxes for old photographs of me to scan and upload into the picture gallery in case dementia sets in and I forget who I am. Seeing how sparce my collection was, I then went on to my next mission – going through a gazillion digital photos scattered randomly among many, many folders stored not only on my two internal drives but also in a couple of external h/drives I have lying around the place. The result of my mission can be viewed in my picture gallery, one I have simply named Oz Lady M – Through The Years.

Well, that’s about it in a nutshell. I do hope you will enjoy your visit.